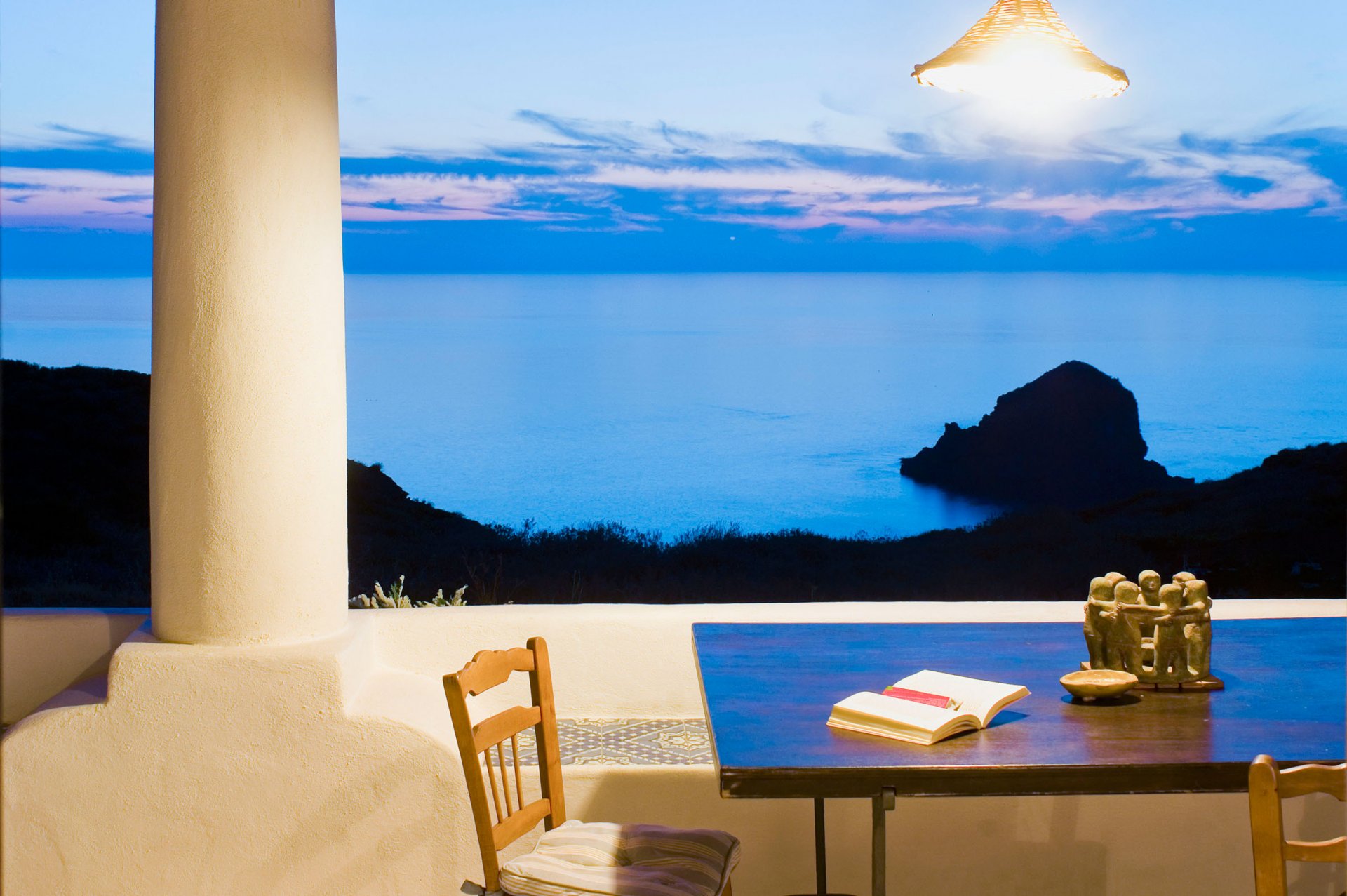 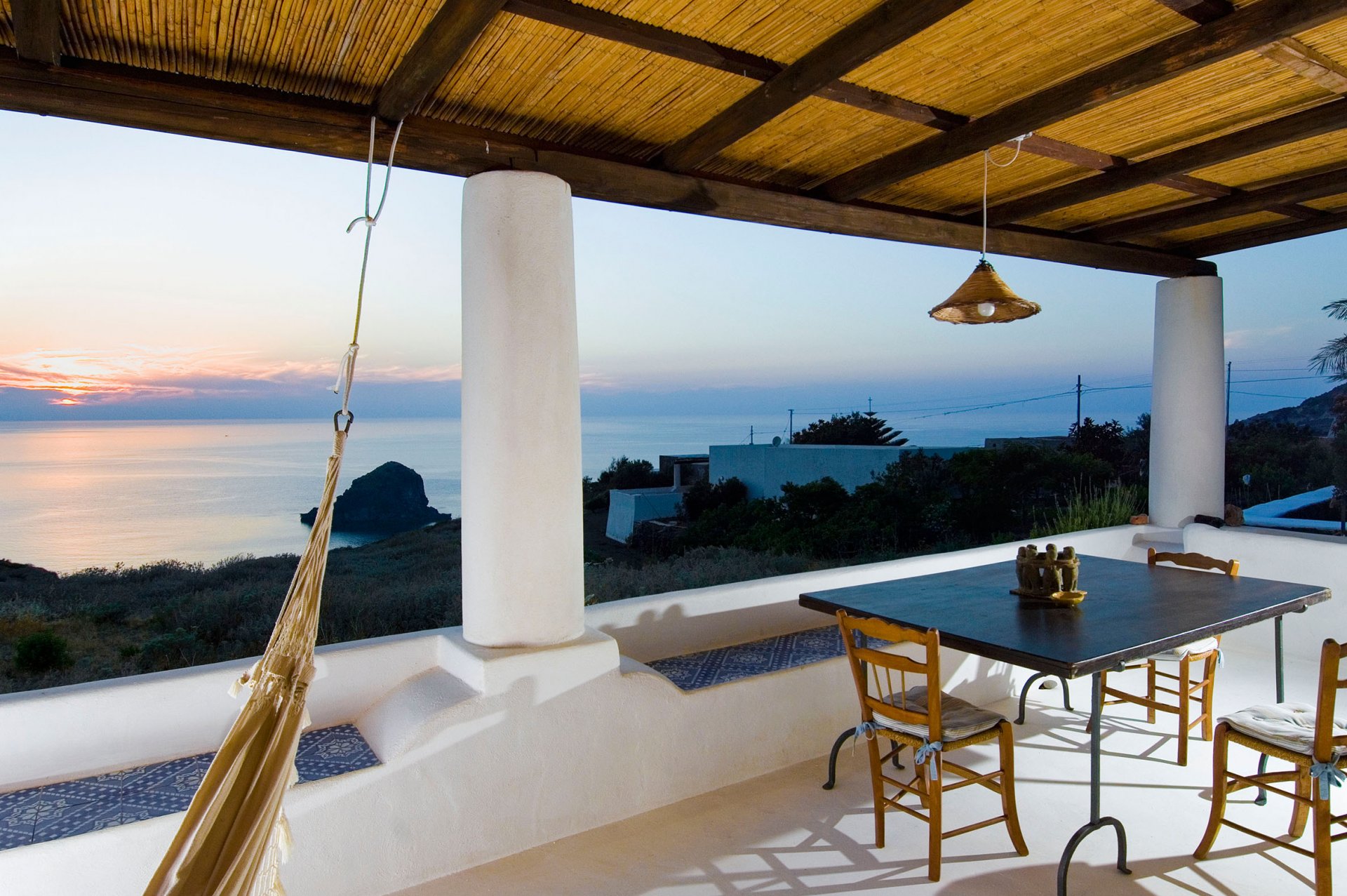 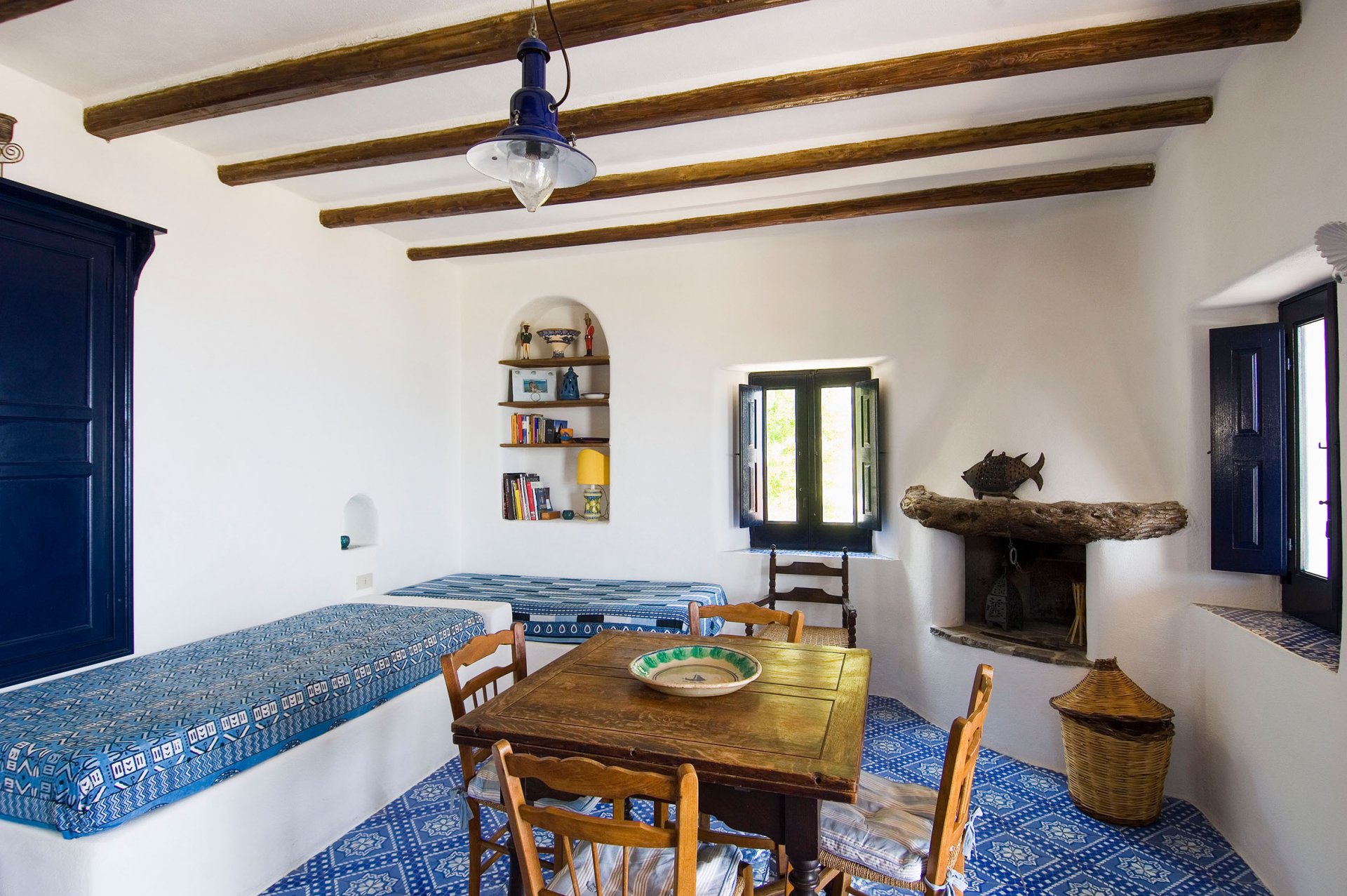 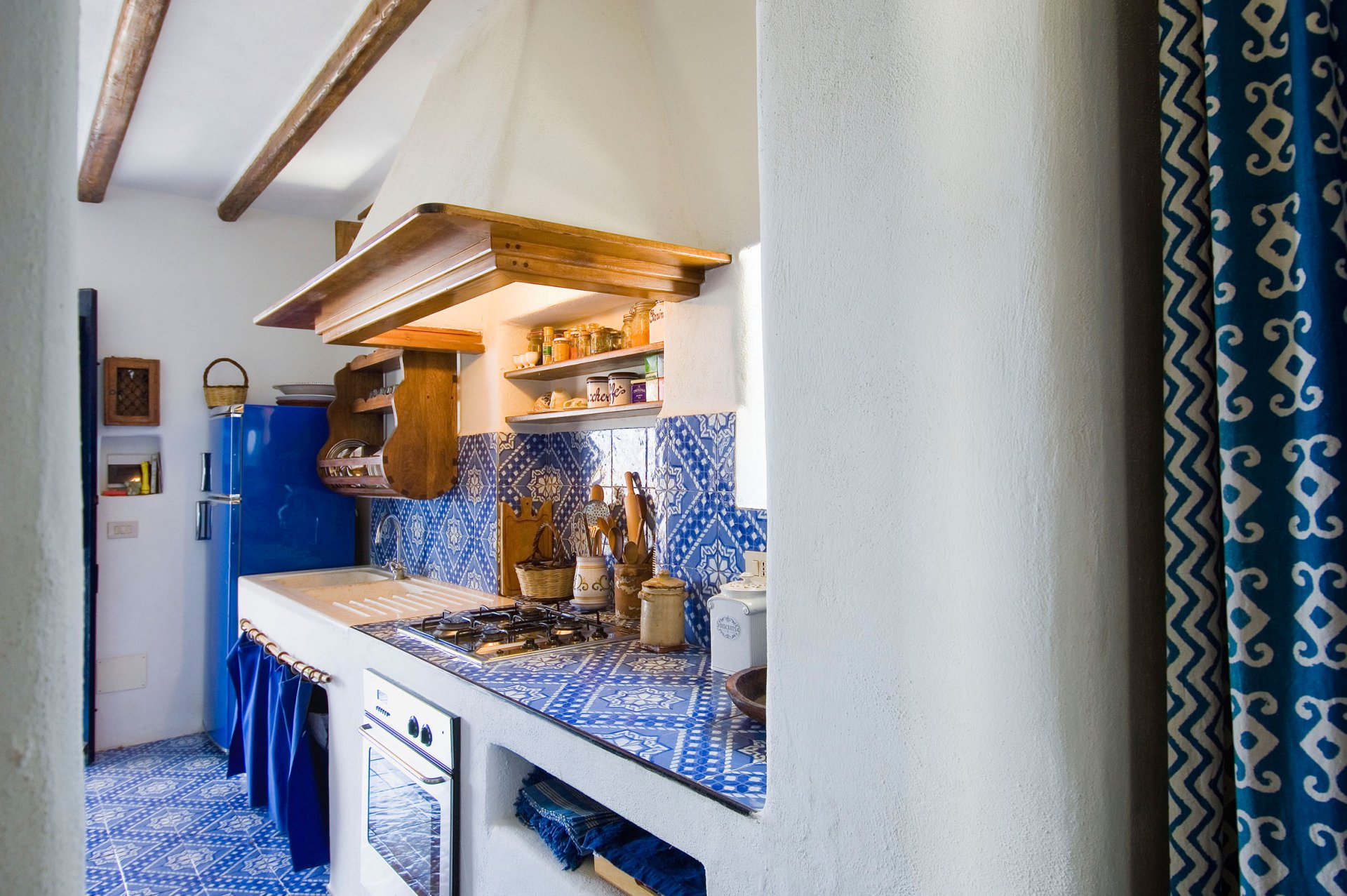 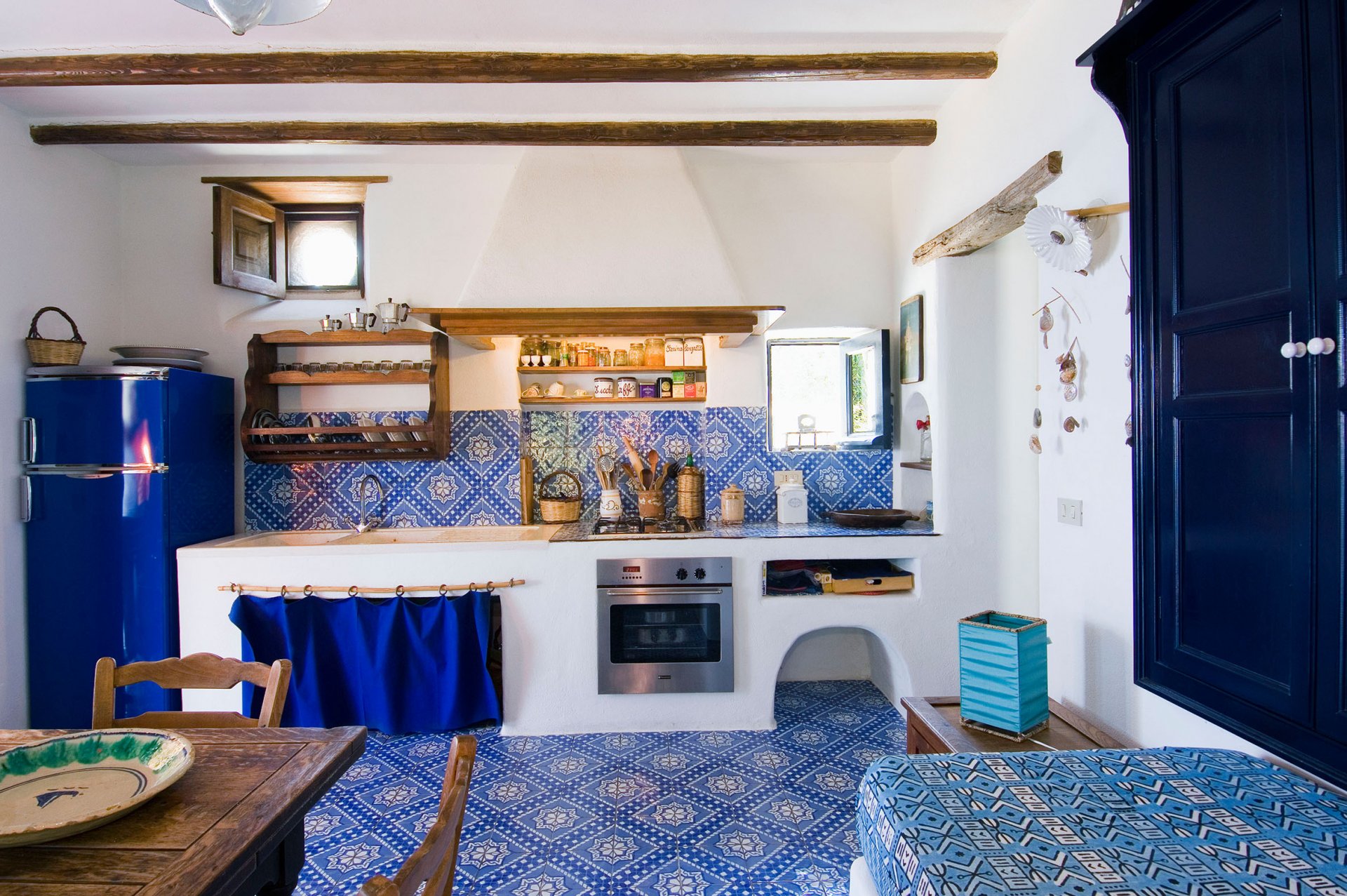 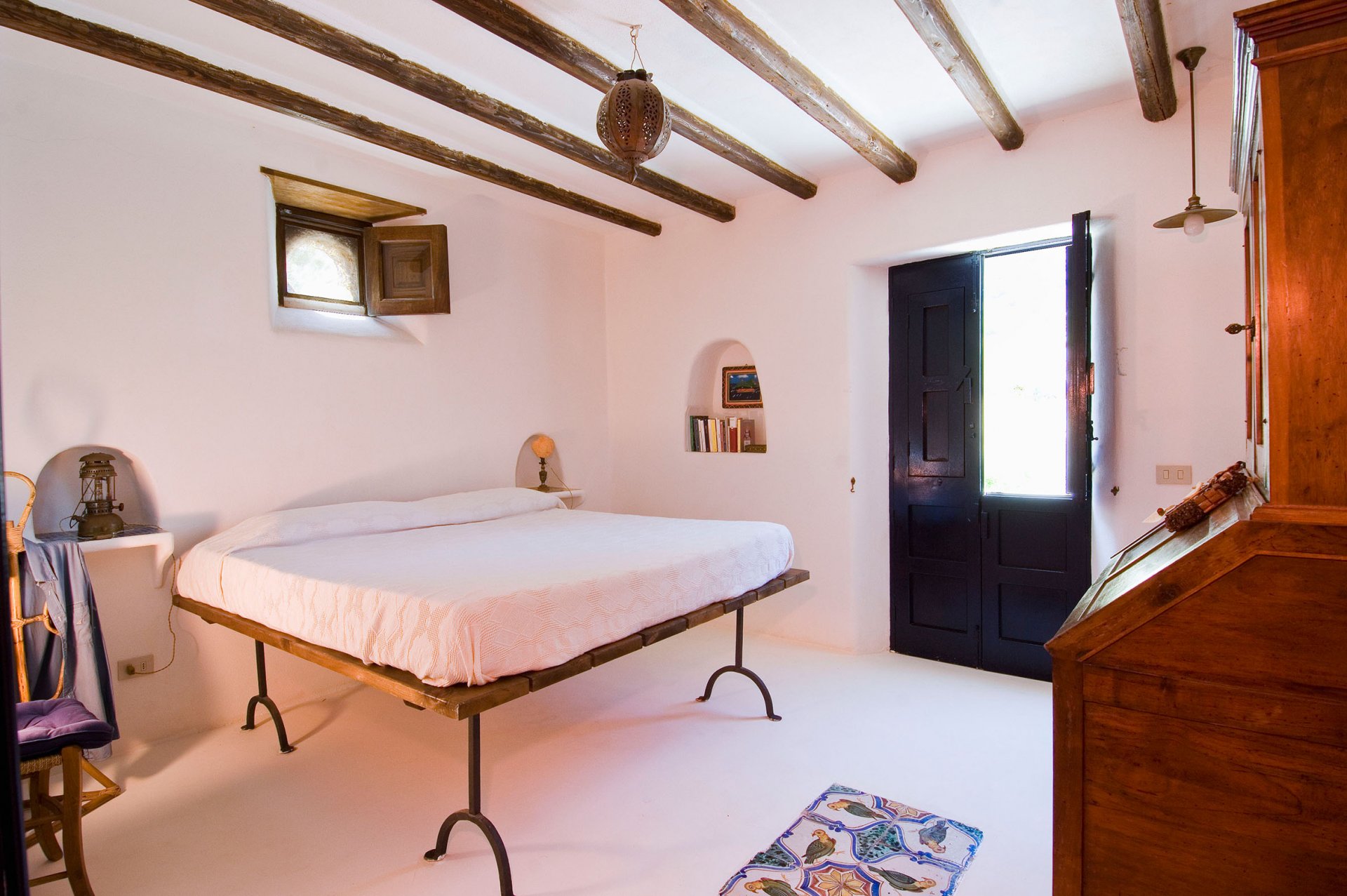 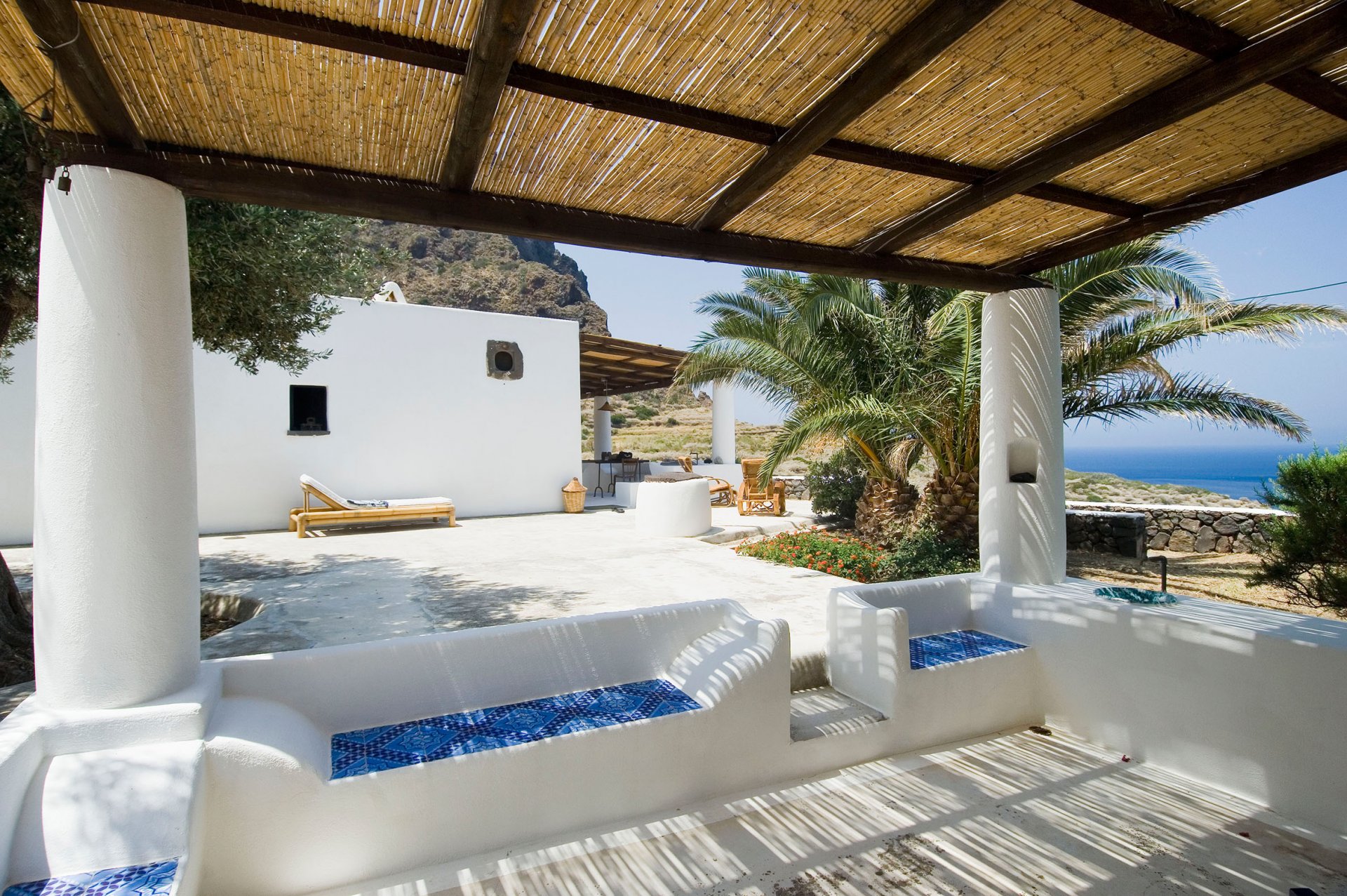 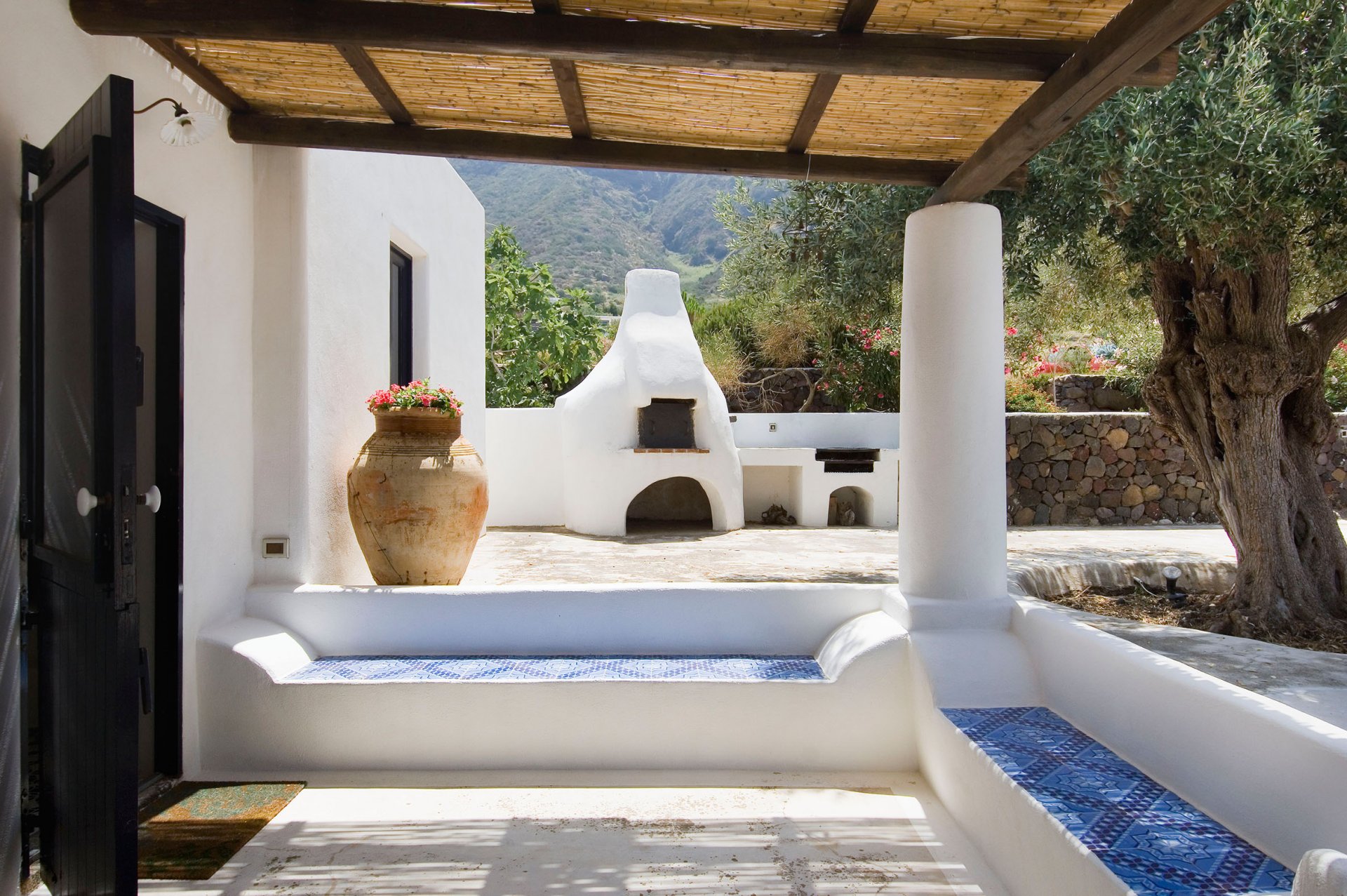 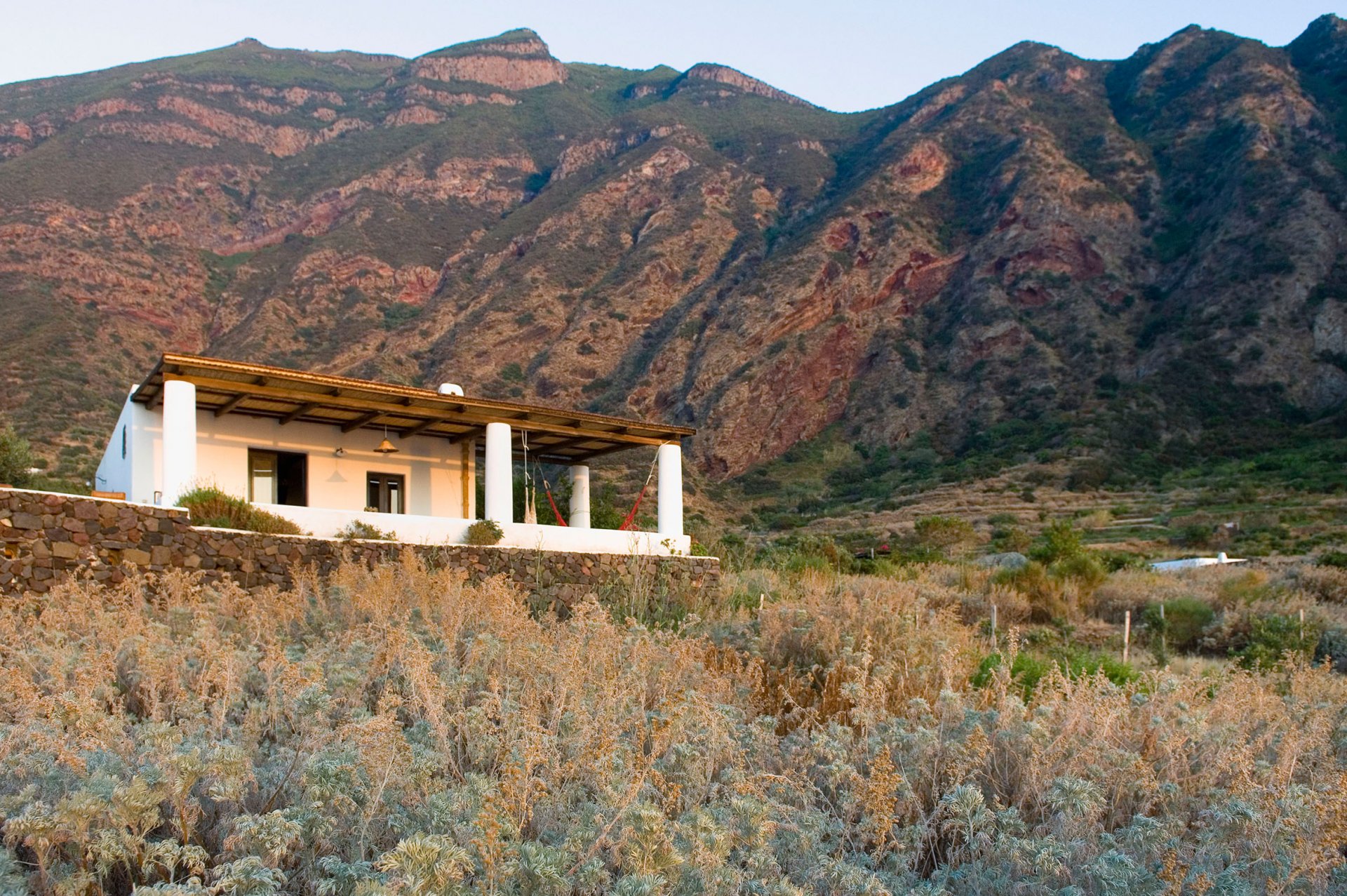 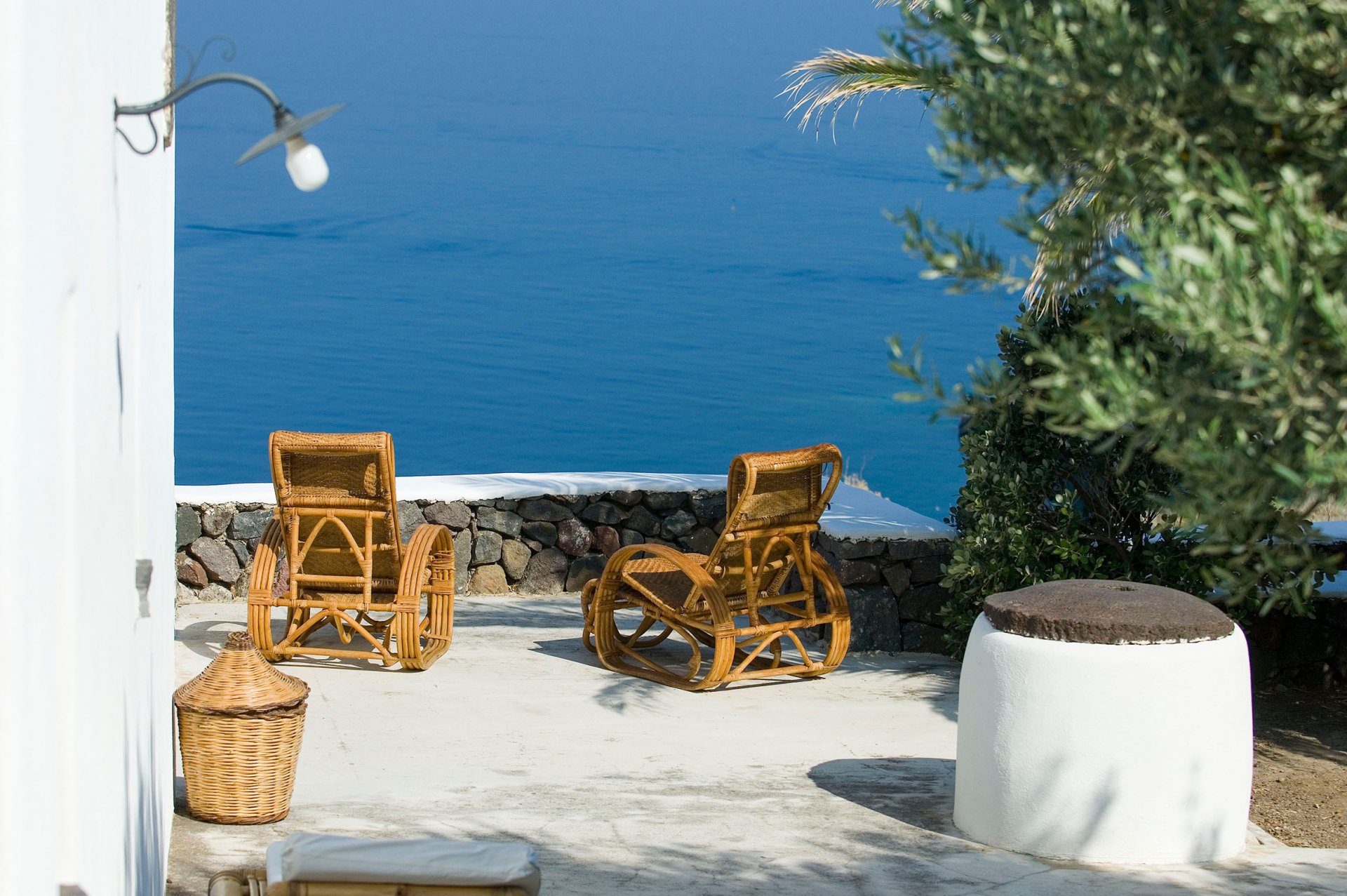 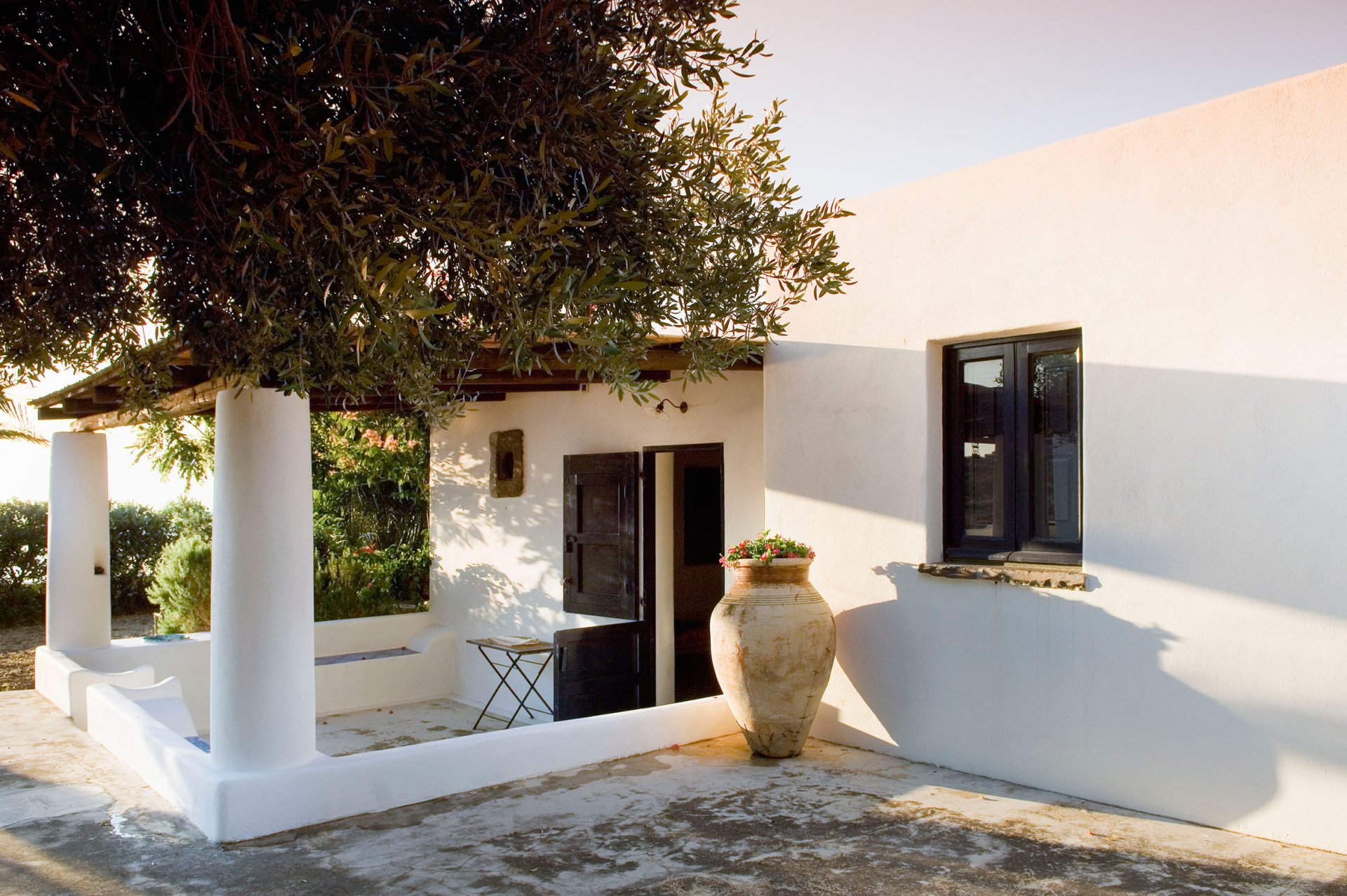 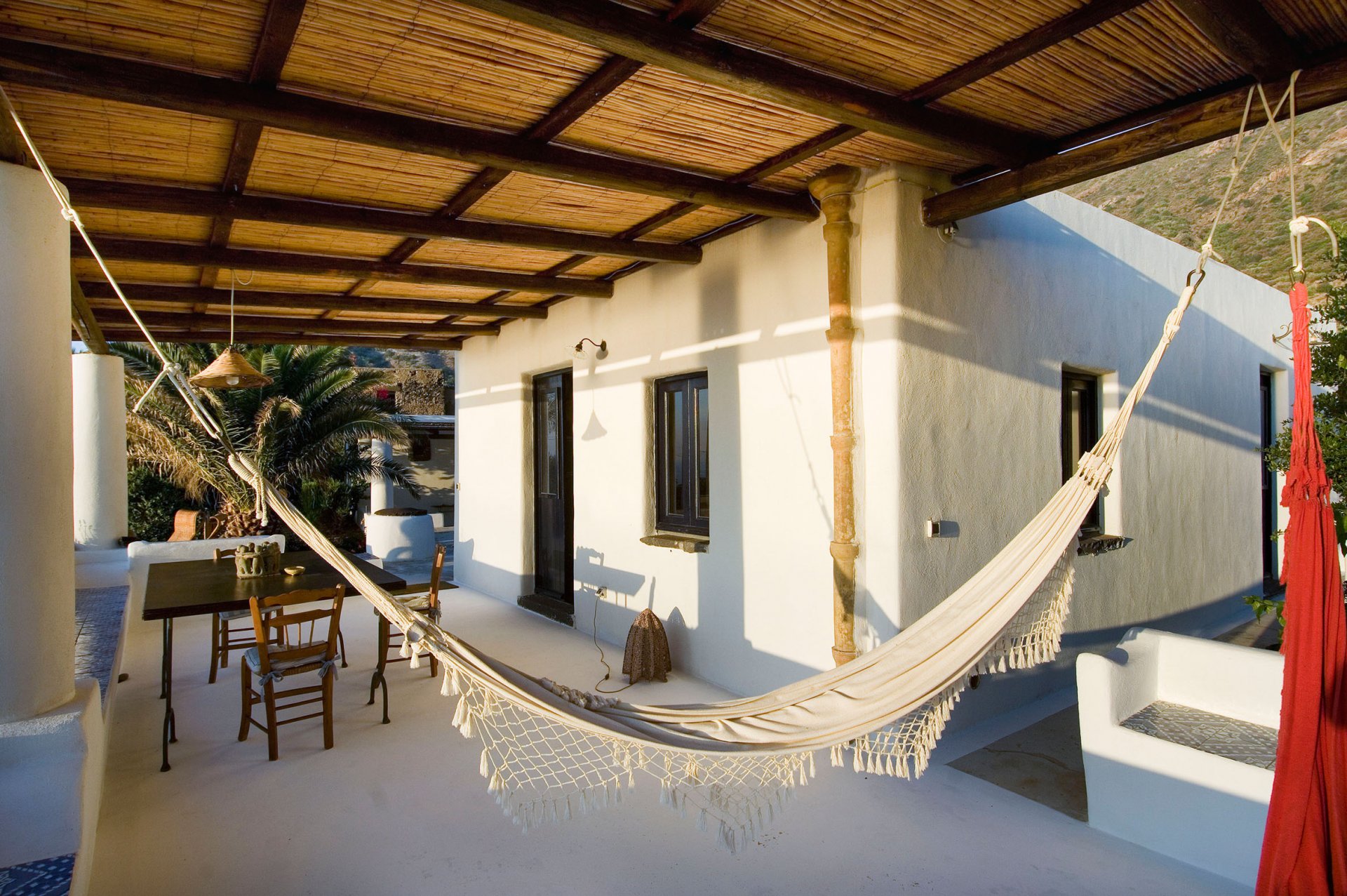 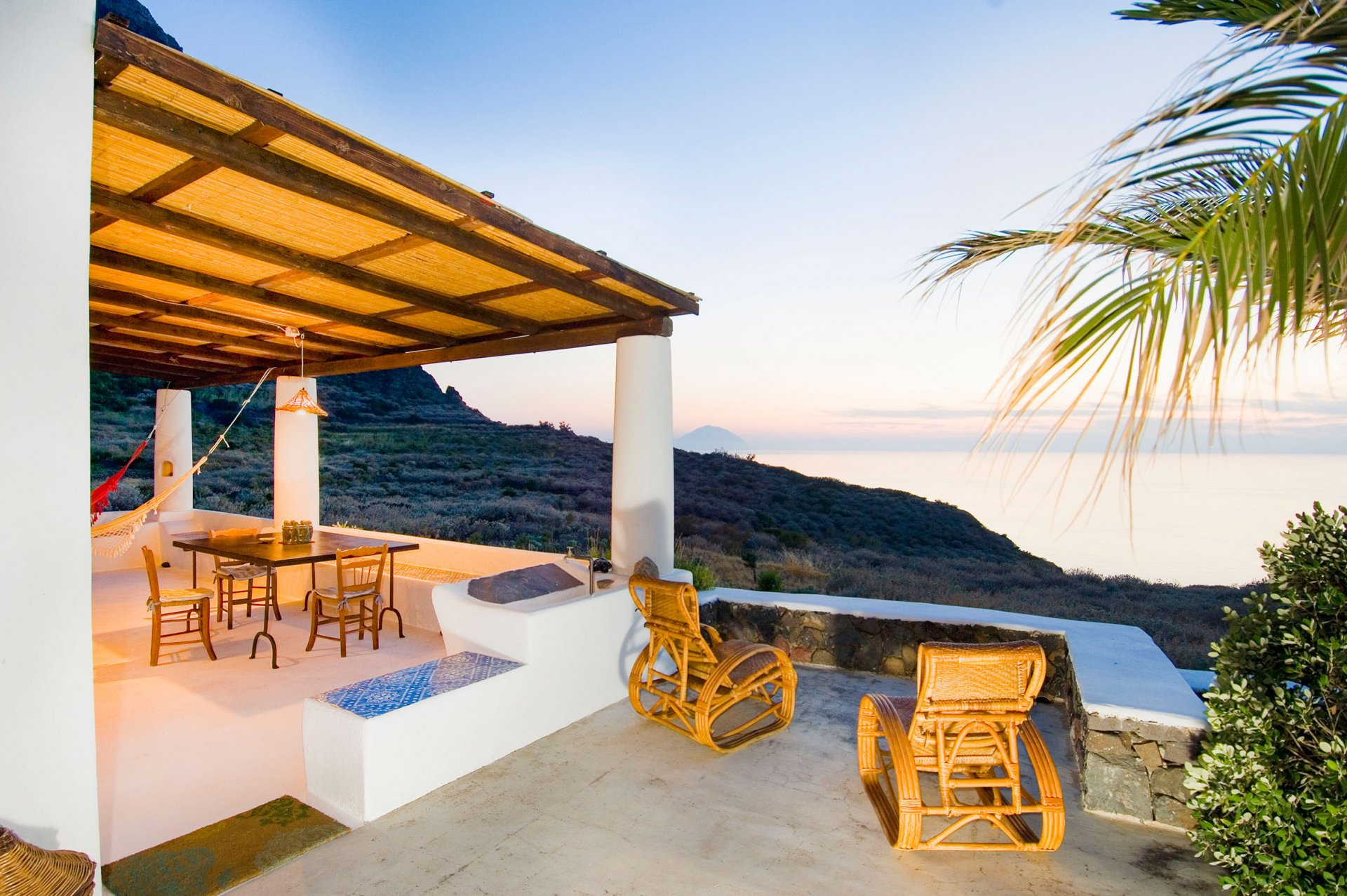 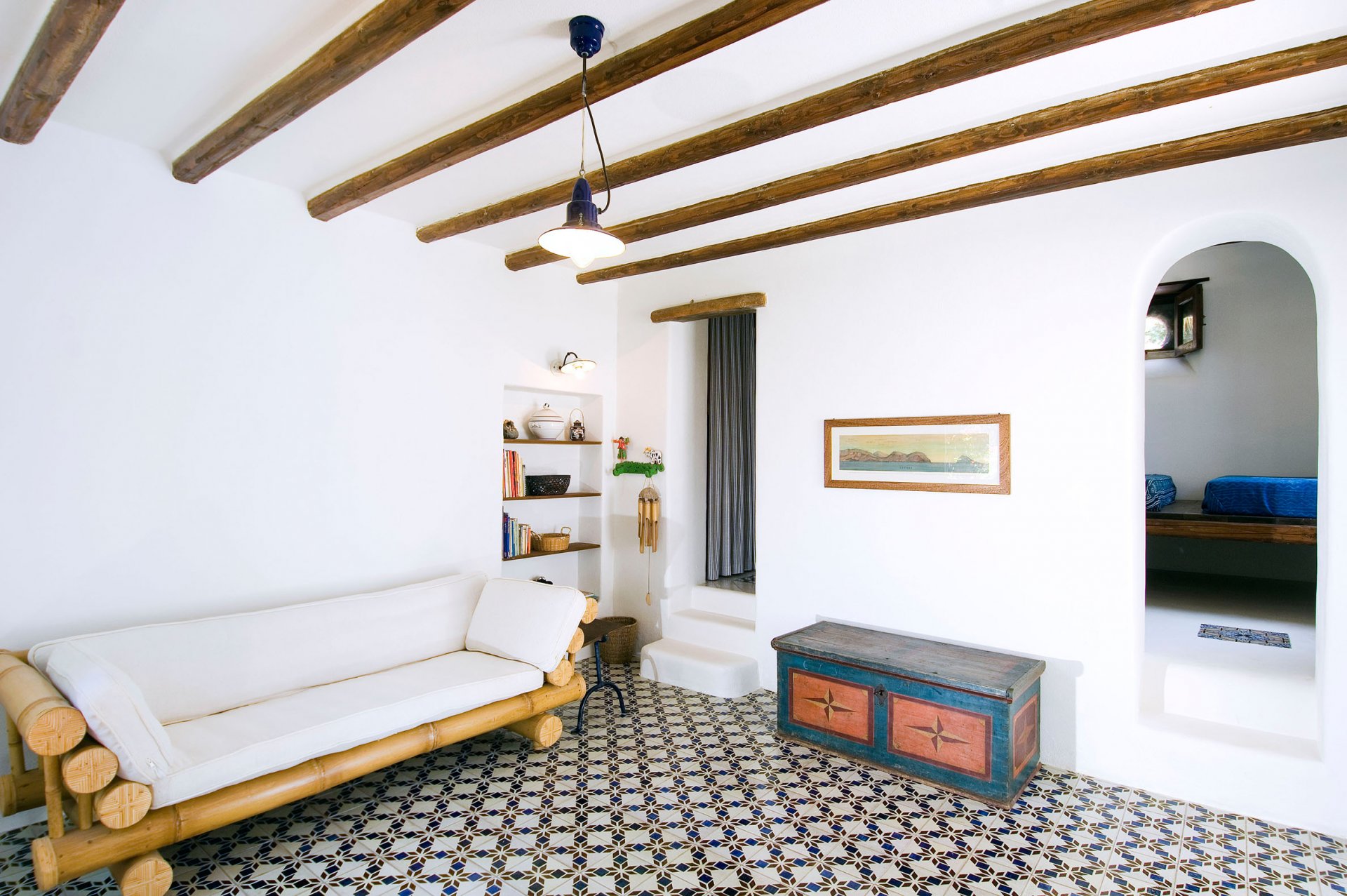 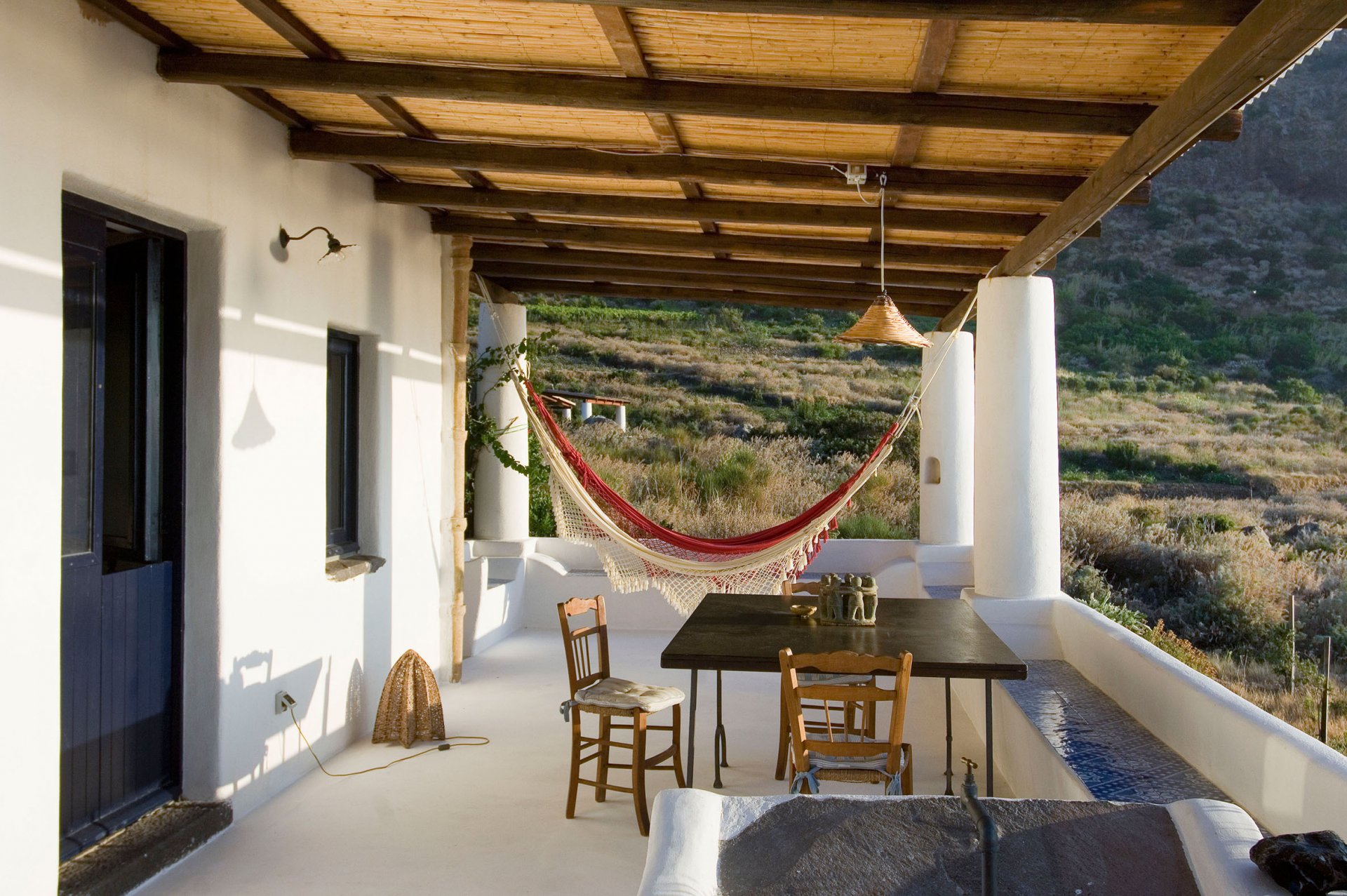 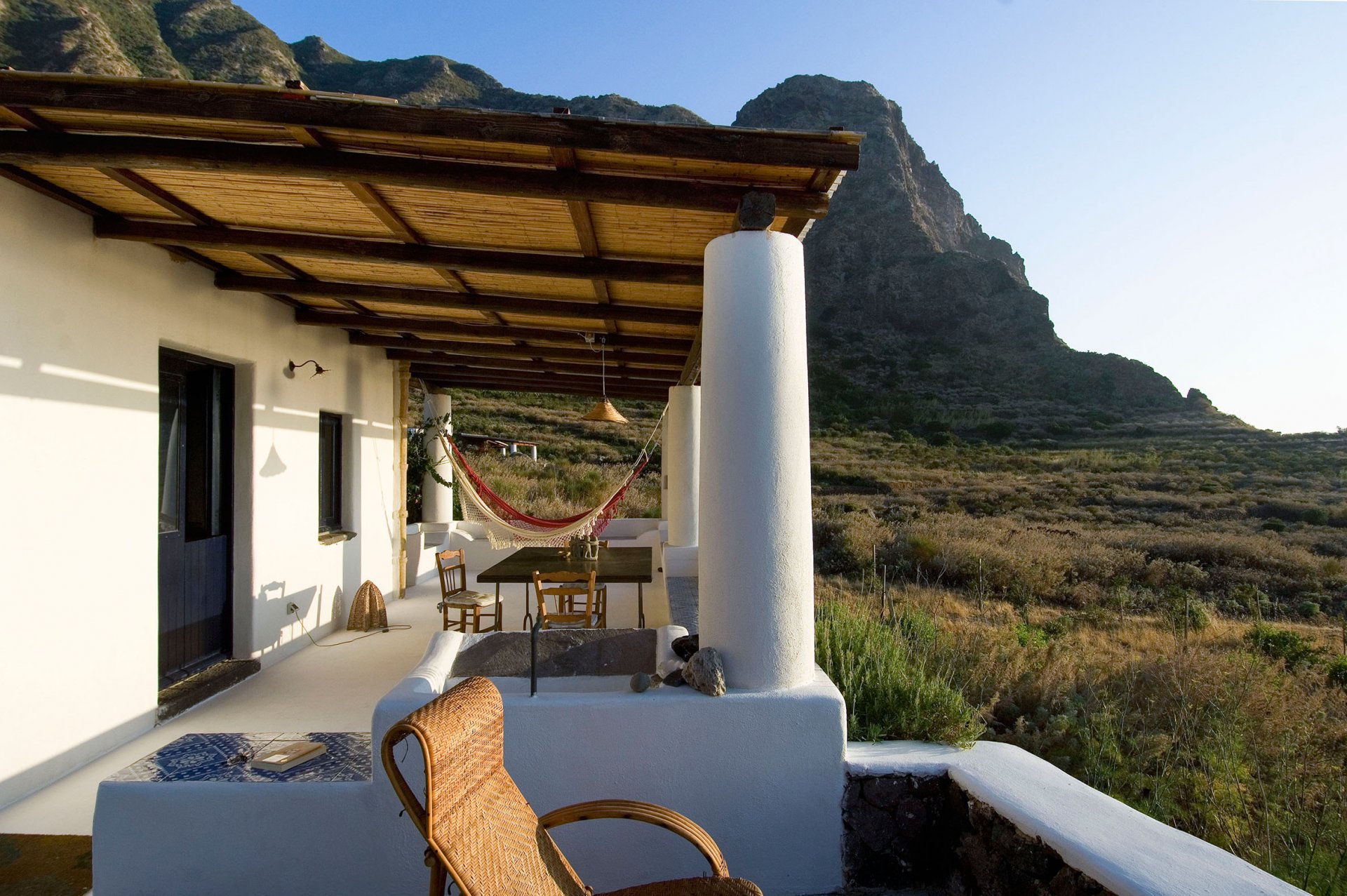 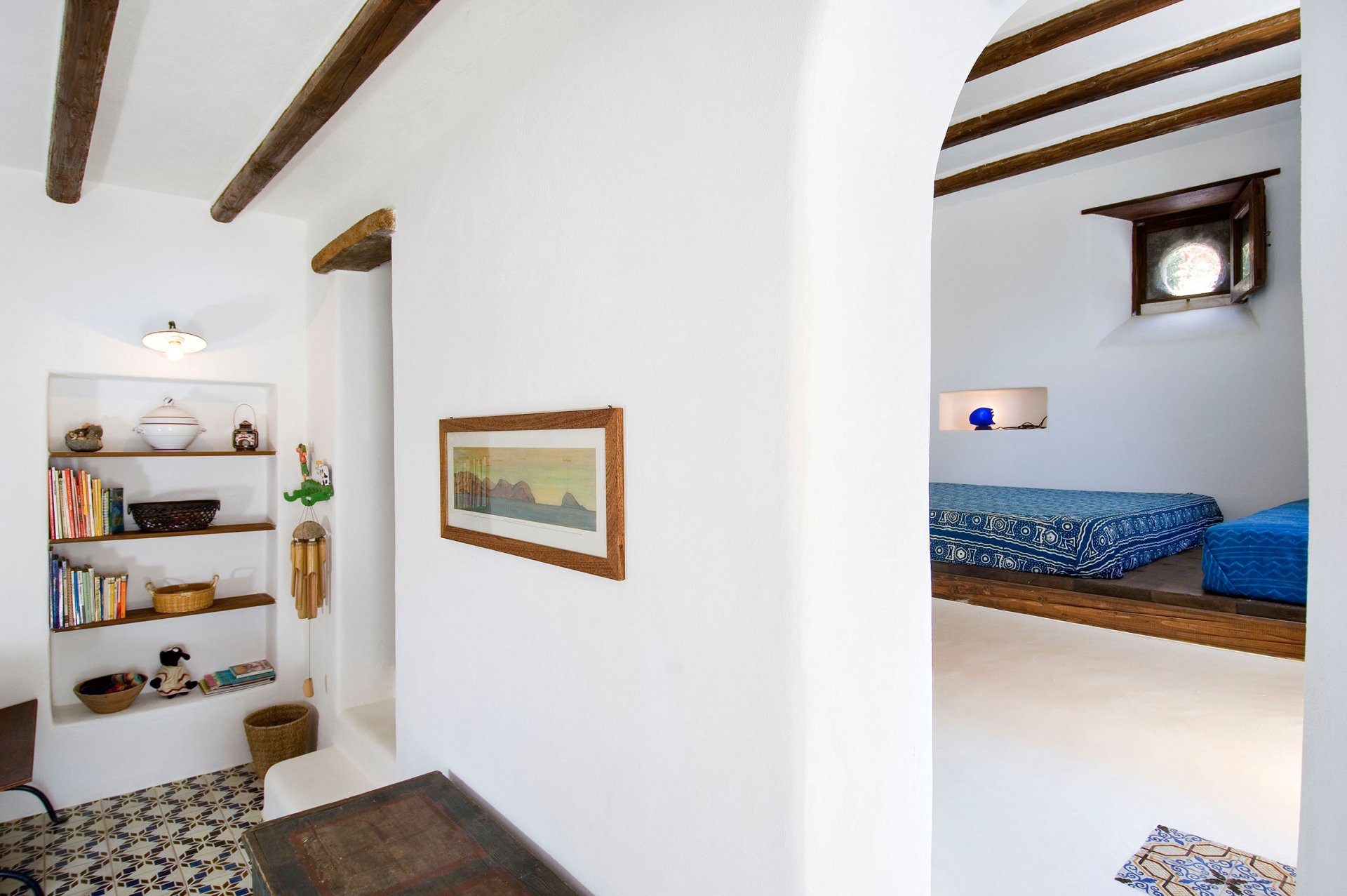 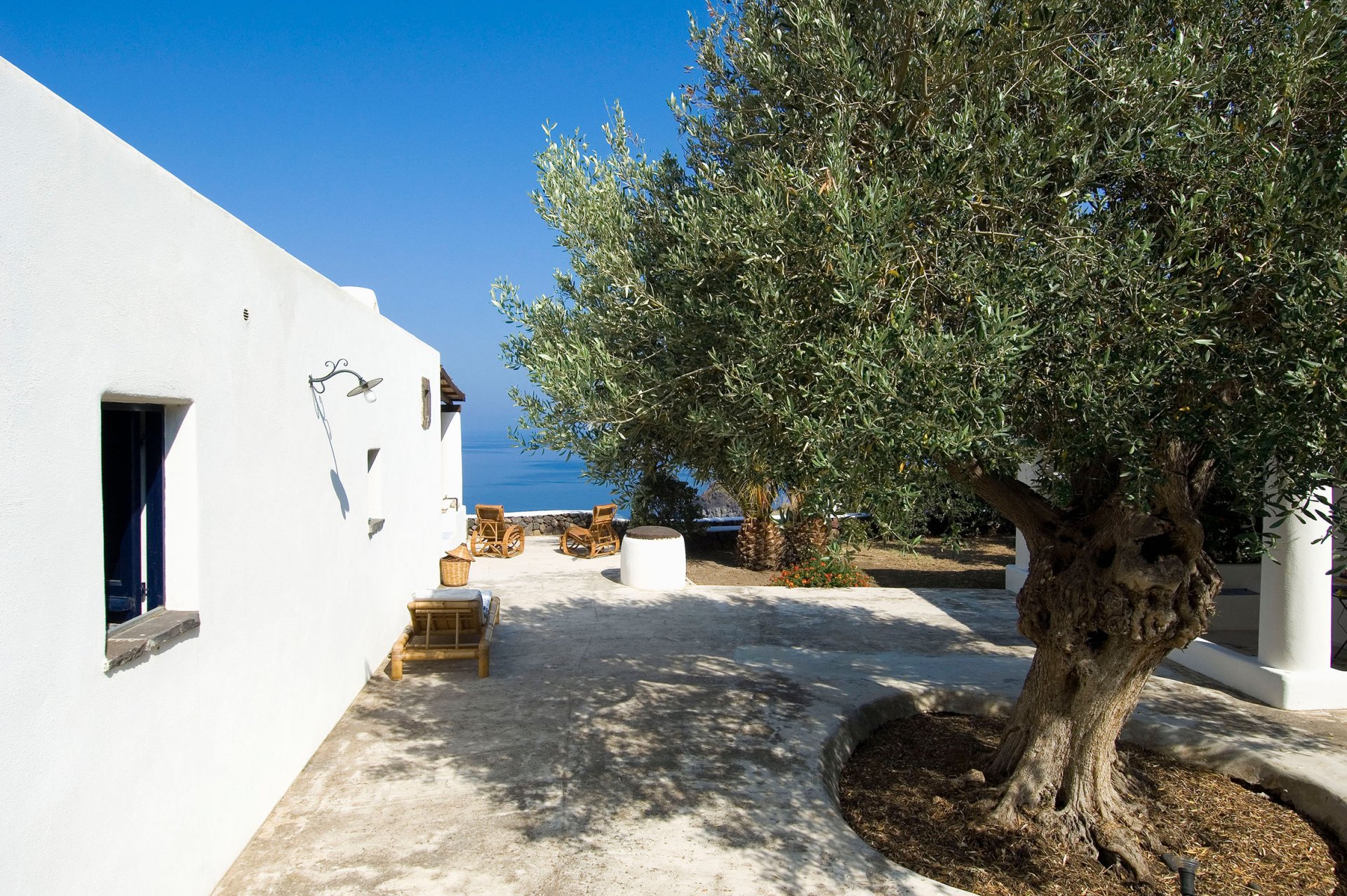 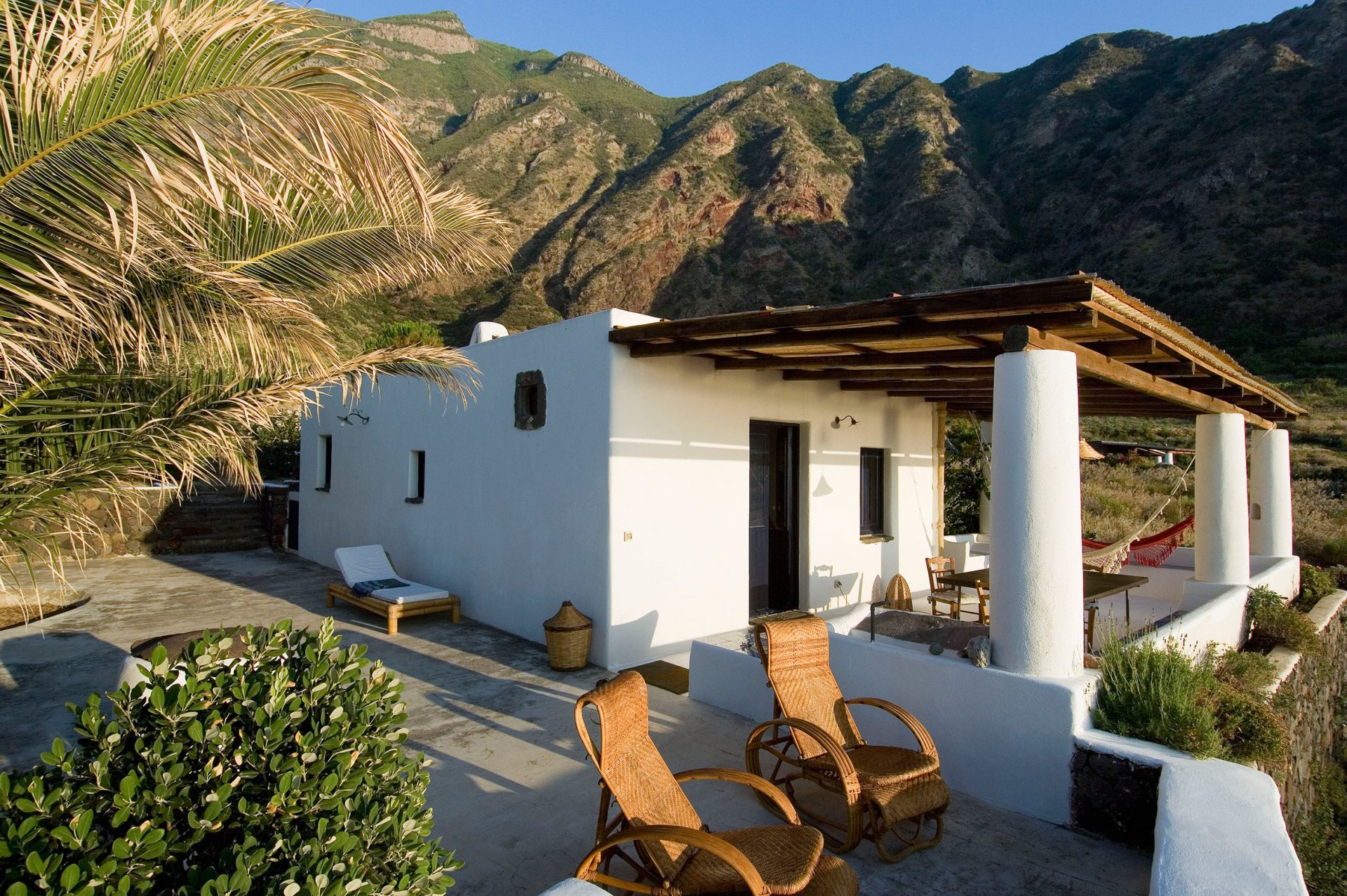 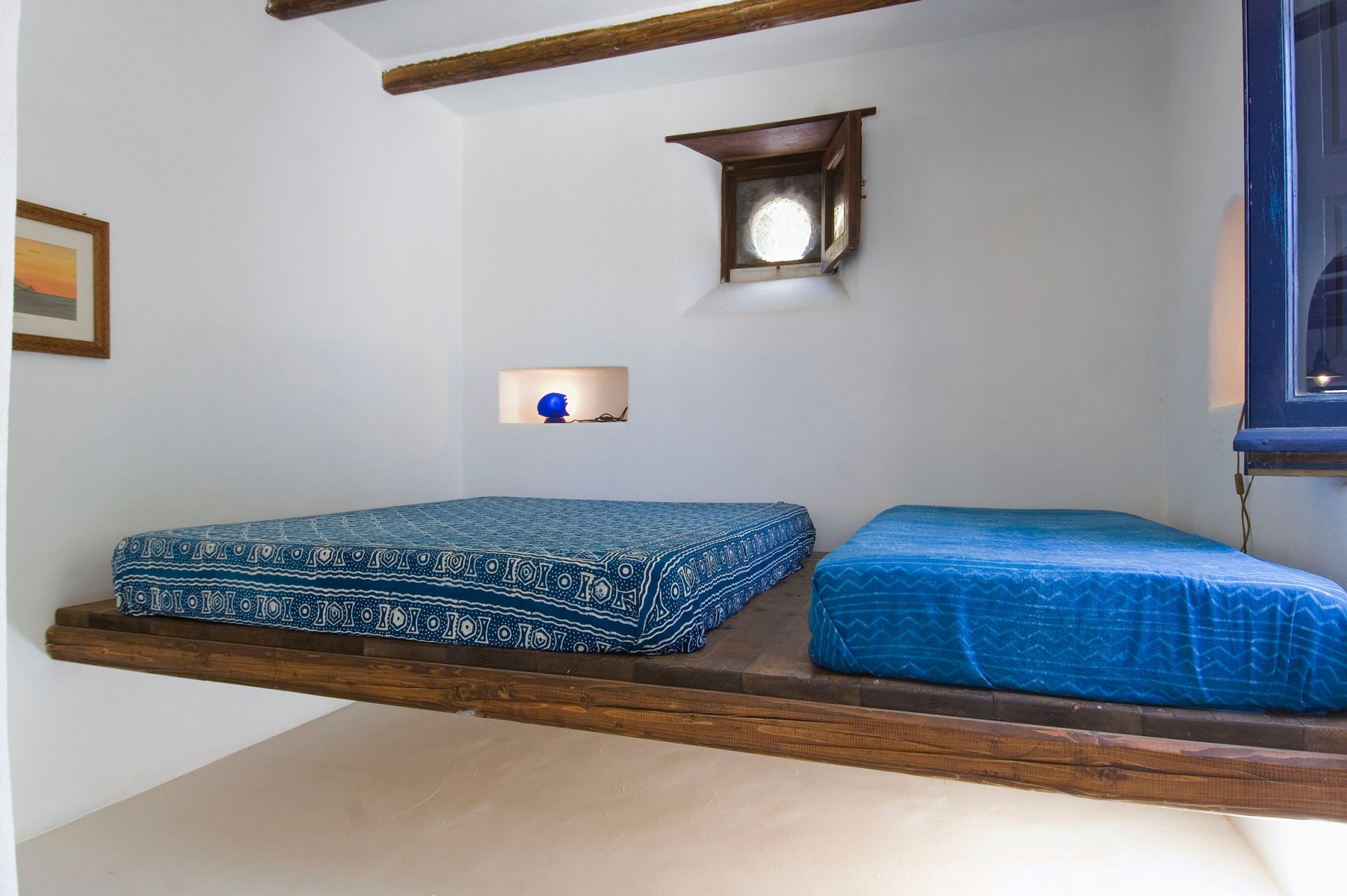 (Description of the locality)
SALINA, fascinating and reserved island standing in the middle of the Aeolian archipelago, is made up of two - so far extinct - volcanoes: the Monte Fossa delle Felci (Mount Pit of the Ferns) and the Monte dei Porri (Mount of the Leeks) from whose peculiar conic shape derives the ancient name of the island, Didyme. Placidly lying on the sea, it inspires calm and peacefulness…a great scenery characterized by breathless landscapes, suggestive sunsets and surreal silences where time seems to elapse slowly, far away from worldliness and striking appearances...an oasis of quietness which inspired also the Italian actor and director Massimo Troisi who set in these settings his last movie, “Il Postino” (The Postman). Plunged into a luxuriant vegetation, Salina is the greenest island of the archipelago… where the capers - exported all over the world – are cultivated and the wine-yards producing the Malvasia (Malmsey), esteemed (and d.o.c. labelled) dessert wine defined as “Gods’ nectar”, overlook the place. Concerning its extent Salina is the second biggest island amongst the Aeolian Islands and the only one not depending from the municipal administration of Lipari; it counts, in fact, 3 communes: Malfa, Leni and Santa Marina connected one another by several short roads - narrow but asphalted - joining the whole island and consenting to have surprising walks.
Particularly worth visiting are: the beach of Pollara, the most beautiful and suggestive bay of the island and the mount Fossa delle Felci, natural reserve in the present days, whose top is 982 metres high and offers the sight of astonishing panoramas: from the Aeolian archipelago as far to the northern coast of Sicily with the majestic volcano Aetna.

Beautiful and suggestive house - in the typical Aeolian style – placed in locality Pollara, on the Salina island belonging to the Aeolian archipelago. The property, set in a quiet and sunny location, is inserted inside of a particularly fascinating natural scenery: an oasis of sheer Mediterranean vegetation, luxuriant cultivations of “malvasia” (malmsey) grapes and “capperi” (caper) bushes all around, the “Monte dei Porri” (Mount of the Leeks) raises at the back while in front appears an outstanding sea view with Alicudi and Filicudi islands silhouetting on the horizon. The residence, which has been recently brought back to its original charm through a careful restoration, is made up of one main unity plus one adjacent dependence (nearly 10 metres distant) and it is placed inside of small real estate (sq. m 2.000 nearly) endowed with large solarium-terraces where it is nice to spend pleasant moments of peaceful relax or having open-air dinners sitting on the peculiar “bisuoli” (stone seats). A short and lovely path leads to the beach of Pollara, the most beautiful and romantic beach of the whole archipelago...an enchanting bay arising inside of a millenarian crater overhanging on the sea. The insides keep the traditional and visible timber ceilings and have been furnished with rustic style furniture of simple elegance, perfectly fitting the atmosphere of the location. Private parking. Malfa, tiny and peculiar hamlet (grocer’s, small shops, bar, restaurants, bank) is 6 km away. Santa Marina is 12 km away. Rinella is 10 km away. Sea with sandy beach is 800 metres away.